A man of his time?

In January 1915 Rear-Admiral Ernest Troubridge was appointed to head the British Naval Mission in Serbia. The Rear-Admiral had so many titles when I initially read about his role in Serbia, I assumed he was well-regarded by both the British and the Serbs. 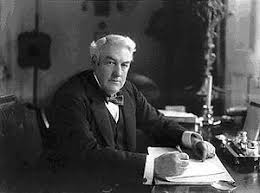 Not so. Three days after the start of the war as Commander of a cruiser squadron in the Eastern Mediterranean he allowed a German warship to get away. As a result the Germans reached Turkey and it joined the war and the battle for Gallipoli followed.  For Troubridge the result (along with another Commander) was in November 1914, he was court-martialled for ‘negligence or other default’ for failing to pursue a German battleship, the ‘Goeben.’

Though he was exonerated, he wasn’t given any further sea commands, and indeed his move to Belgrade may have been regarded as a punishment by the First Lord of the Admiralty, Winston Churchill. There are indications in his diary that Troubridge himself may have thought so. He appears to have struggled to understand the Serbs describing them at one point – ‘The Serbs have no organisation in peace, so what it is in this emergency (the Retreat in 1915/1916) can only be imagined.’

The records I have read about his role in Serbia suggest his chances of halting the Austrians and Germans advance were low. He was put in charge of the British-Serb naval defence of Belgrade at a time when other theatres of war were more significant and received more resources from the allies. By October 1915 the Austro-German forces heavily bombed the city and after 3 days it fell. The Rear-Admiral’s unit withdrew to the outskirts of Belgrade and In November the Serbian High Command ordered the retreat of government and army. Subsequently Troubridge advised not only the Prince Regent and government, but offered advice to British Aid agencies and hospital staff.

Along with Serbian High Command, Troubridge was one of the first to  reach Lake Scutari near the Albanian coast. It took him six days,  marching for ten hours a day in ‘intense cold and mountain tracks that were all ice and snow’. His  comments about  the French who ‘lost one third of their horses and had twenty men incapacitated by frostbite’ and the Serbian Command who lost most of their baggage and were attacked by the Albanians, seem rather disparaging. He notes  with some pride that the British were given a safe passage through the Albanian mountains because they carried no weapons and weren’t guarded by the Serbs.

A young couple, Jan and Cora Gordan, (independent Aid workers) were grateful to him for showing them the detailed, Austrian maps he had of the various routes through the mountains from Serbia to the Albanian coast. Following his recommendation they avoided IPek pass taking instead a longer route which provided more shelter, food and forage for their animals. Other medical units may also have benefitted from his advice.

There is some evidence that the Serbs themselves appreciated his presence and help. He remained with the Serbian army till 1918. Prince Regent presented him with Karadjordje, Star of the 2nd degree which only the greatest Serbian Field Marshalls were awarded. In February 2017 a Serb film maker made a documentary about him, entitled, ‘Forgotten Admiral.’ As yet, it is not available in English. 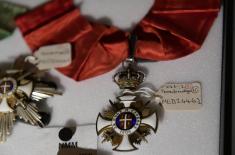 The British judge Troubridge by his naval career and the fact that he was court martialled. The verdict divides historians over 100 years later. The national archives blog supports his action in not chasing the German battleship on the basis that he was following orders ‘to keep a close watch on the Adriatic’ and that he was right in his judgment ‘to consider the Goeben a superior force’ and therefore not to engage with it as his orders instructed. The blog summarises: ‘he was damned if he did and damned if he didn’t.’

Others are more critical. Stephen Dunn reassesses Troubridge’s naval career in ‘The Coward? The Rise and Fall of the Silver King.’  He debates whether he was a coward who avoided a fight, or hero who saved his ship and his men. The Birmingham Post in 2014, in reviewing the book concludes that Troubridge ‘… lacked offensive spirit’ and was possibly a coward.’

Certainly he was not a hero in the way that the British (and probably other nations) like their war heroes.

I haven’t come across material that settles the matter. It seems to me that whatever disappointment Troubridge felt at the curtailment of his navy career,  he moved on to the next assignment. At a time of utter chaos, when the war in Serbia was being lost, its people, government and army in disarray, he carried out a job he may not have chosen yet he did in a way which won the admiration of many Serbs.

A man of his time.

Project- “Forgotten Admiral” : www.mod.gov.rs/eng/10582/predstavljen-projekat-zaboravljeni-admiral-10582-  from which image of the Karadjordje obtained

Birmingham Post 26th October 2014 and Professor Stephen Dunn’s ‘The Coward? the rise and fall of the Silver King.’

Wikipedia – black and white images and that of the ‘Goeben’