A Time for Peace, unread, was on a Leamington library shelf, so the next hurdle for me was to find it potential readers. The Readers’ Development Officer helpfully contacted Book Club leaders in Warwickshire to which two, in Leamington, responded.

The first, led by Bill, met in the snug of the White Horse, a pub I know. It’s a vibrant group- new and regular members of all ages and both sexes. I was invited to read that month’s book, Golden Hill by Francis Spufford, also a debut novelist. In addition to next month’s book, the group email recommends an impressive list of other good reads. 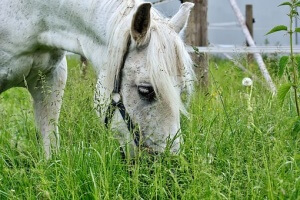 The White Horse is not as tranquil as this image suggests, but I like it!

Having previously read Rosencrantz and Guildenstern are Dead by Tom Stoppard, some in the group had  attended a dramatisation of the play and the evening began with discussion about that experience.

Everyone who wanted commented on Golden Hill. Some loved it, some struggled. Though I hadn’t heard of Spufford,  I was fascinated by the novel’s setting, the beginnings of  New York.  The novel itself I found  tense and a page turner because of the unknown identity of Mr. Smith and his sponsor though there was a brief episode in the middle I could have done without. For someone in the group, those few pages were the highlight of the novel! 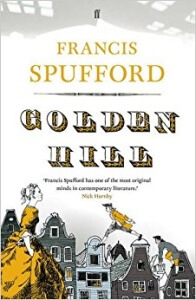 I found it a little intimidating to follow with my  five minute reading and summary of A Time for Peace. At the time, I thought this was because Golden Hill was such a good novel- it was shortlisted for the Costa Book Awards. On reflection, I think it was the reality of facing potential, intelligent readers who already had plenty to read.

The presentation done, Bill, who’d read the novel in its early stages, added that the novel wasn’t only about the trauma of war atrocities but the journey of the cadets through Serbia in the most terrible winter imaginable. There was time for questions which ranged from why I’d written about Serbia, how I’d done my research and what I was currently writing.

The second Book Club I attended meets in St. Peter’s Church Dormer Hall, its members I think drawn from the church. Eight women were in the group on the Tuesday afternoon I joined them. This was the first time I’d met and talked to strangers who’d read the novel so my introduction was different. I didn’t need to hide the ending, could talk more freely about the characters and how they developed. 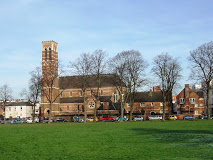 As with Bill’s group discussion of Golden Hill, each person was invited to describe their read, only this time it was my novel they were commenting on. I wanted them to love it, knew they all couldn’t. It seemed to me that none of them would have read the book if I hadn’t asked them to. That is true of many Book club books whether fiction or non-fiction. One person recommends a book and everyone reads it. A Time for Peace is not an easy read in the sense that horrible things happen in a country we know little about other than horrific headlines. One lady who understandably was unfamiliar with Serbia’s part in the First World War, took the trouble to look it up. Most struggled with the foreign names, appreciated the map as useful. One lady had experienced war personally and didn’t really want to be reminded, so definitely not a book for her. Another learned about the lack of food during the Retreat and found that moving. One person didn’t finish it. The rest who did found it absorbing and wanted to know what happened. I was delighted with one reader who liked the complexity of the characters.  I found that gratifying because I hadn’t wanted to stereotype the roles of soldiers and medics so that the ending was predictable.

The retreat of the Serbian army through the Albanian mountains, 1915

The group then scored the novel out of 10. They may have been kind because the writer was with them. The marks ranged from 6 to 8/9.

Afterwards we talked about novels we’ve read and are reading over tea and biscuits, a perfect way to end an interesting afternoon.

When I began to write I never gave a thought to going to Book Clubs or giving readings. It’s a different part of the process. At the moment I’m in the midst of my second novel and potential readers are necessarily a misty concept. First, I have to find and write the story. Only when it’s published, will I get a chance to meet people who’ve taken the opportunity to read it. Nerve wracking it was, I wouldn’t have missed the privilege. 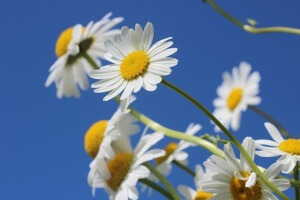