The impact of the coronavirus on my life was sudden. I remember worrying about it during January and February because of news of deaths in Wuhan, China. In March the virus was clearly moving through Europe and my anxiety increased.  It became personal on 4th March when I met my sister to celebrate her birthday.  On 8th, I postponed a visit to a friend in London, with a sense of shame – that I was allowing anxiety to cloud my judgement. It was not a decision I took lightly because I enjoyed my friend’s company. I was also aware that I didn’t know when we could re-arrange our meeting.

The most upsetting day was Matt Hancock’s announcement that those over 70 would be confined to their homes for up to 4 months. Meeting friends and family stopped from that point. A major adjustment. Shopping in town was curtailed, visits to the gym involved taking my own disinfected mat, using lots of hand gel. Meetings with other poets and novelists stopped. It was sudden. Little preparation. No goodbyes. 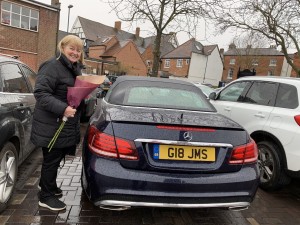 In the beginning the comparison with war was unhelpful. A natural disaster is more useful though I’ve not experienced flooding or fire or anything of magnitude. Any traumas have been personal with support from family and friends. The realisation that the country was facing a pandemic for which we weren’t prepared frightened me.  Of course, in war we faced an enemy, but we could fight that. My experience at the start was that our government thought this wouldn’t affect us. China, Italy, Spain but not us. 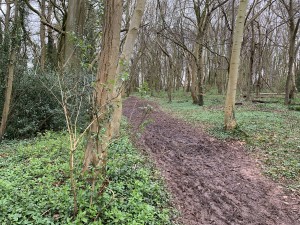 When the government issued its advice, I was relieved we could go for an hour’s daily walk. It became, and remains a life line.  We live near woods and during the last four months, we’ve regained some connection with trees, the river and birds amid the changing seasons. We passed other walkers and keeping the two meter distance we were uplifted by their smiles, a sense that they shared this pleasure in the disaster.  I recalled the crises we had coped with during our lives, the resilience built up during those years and hoped we would survive.

A writing website, Juniper, began a short series of prompts to explore what writers might do during the Lockdown. What else, but write? 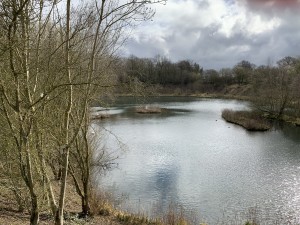 Ryton Pools shut. Though we could cycle there and enter by a back gate, during late March there was an aggressive attitude by some police forces. An attitude which increased our anxiety. Our bike rides and walks were usually more than an hour so we thought up reasons for being out for longer if we were stopped. Gradually the police offered gentle warnings rather than punishment, and the atmosphere eased.  Shopping was allowed, but not advised for certain groups. Luckily my step-daughter came into her own and she and her partner did our shopping for 3 months until we were able to get a click and collect at a supermarket. Local volunteers offered to do the same. The fact that we were supported made a huge difference. 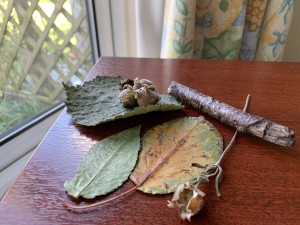 I learned how to bank on-line, zoom to keep in touch with Pilates classes and writing groups. At one point I was inundated with emails and finally settled for a few. I started instagram and love the photos from friends and the way some local businesses have used that to let me know how they’re doing. There were hiccups. ISP proved intermittent at one point. The bank became uncontactable by phone. The Supermarket we had used for over 20 years decided it had never heard of us. Their time will come, we warned! 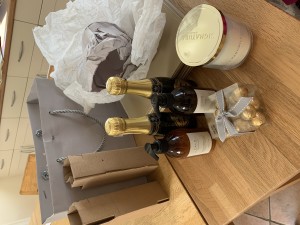 Like so many others I celebrated a birthday in Lockdown. Friends and family made a particular effort. One friend posted her present to me before Lockdown which was wonderful considering my birthday is in April. Others used  delivery services, one friend arriving by open-topped car on the specious excuse she was delivering vegetables. All memorable, all special.

Many countries have experienced pandemics – Aids, Ebola, Sars and many others. We have been fortunate until now.

References: Kate Juniper, Editor in Montreal  A friend in a cafe recommended her. Kate wasn’t suitable for as an editor for me, but she offered free prompts for a week.