I was fascinated when I first read about Flora Sandes, an English woman who became a soldier in the Serbian army during the First World War. She was 38 when the war began.It seems she had always wanted to be a boy, had wanted to fight when war was declared but had no plan as to how this might come about. Ultimately she seems to have been motivated by that passion as well as a growing love for the Serbs which began during her work as a medic.

My initial reading took in a novel, The Lovely Sergeant by Alan Burgess and An English Woman-Sergeant in the Serbian Army. The latter was written by Sandes herself in 1916 as a means of raising money for the Serbian Relief Fund.

Flora Sandes did not become a soldier until she was no longer needed as a medic. She was encouraged by a Divisional Commander in the 2nd Army, to volunteer if she wished though he warned her of the dangers. On Sandes’ side, she was well aware that her presence as a combatant could be ‘an anxiety and a nuisance’. The army response was: ‘it would be better for them if she stopped (with them), because it would encourage the soldiers who already knew her and to whom she represented the whole of England.’ She became a guarantee that England would never desert the Serbs.

She fought in 2nd Infantry Division in the successful military action  to drive the Bulgars out of mountains close to Monastir. The accounts I have read bear out her bravery and her insistence that she was a part of the army and that she mustn’t receive special treatment. She was seriously wounded during hand-to-hand combat and was awarded the highest Serbian military award- Karakjodj star. 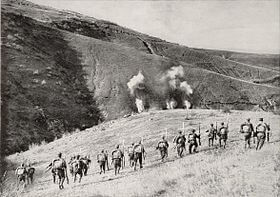 She was respected and liked both as a medic and a soldier. Joanna Bourke in An Intimate History of Killing points out that ‘instead of emphatic identification with suffering, she admitted to feelings of joy when the savage explosion of her bombs was followed by a few groans and then silence… an indication that she inflicted serious injury.’

It is interesting is that she was able take on the unconventional role. The daughter of a rector, born in Upper Poppleton in North Yorkshire, the youngest of 8 children, she seems to have been guided by her own personality and needs. Kate Adie has written a biography about her, as has Louise Miller, so I am not the only person to be fascinated by her striking attitude to life. 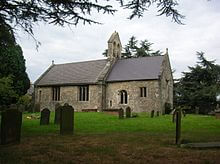 I am not comfortable with the idea of a woman becoming a soldier- prejudice, my own fear perhaps- but I do admire her for fighting convention and being whom she wanted to be, forging her own path. It offered her freedom and adventure.

She married a Russian sergeant, fought for Serbia in 2nd World War, was widowed and when she retired to Britain, she found it hard to revert to being an ‘ordinary woman.’ She wrote: ‘It was like losing everything at one fell swoop, and trying to find bearings again in another life and an entirely different world.’

Remember her birth date on 22nd January, celebrate her courage and willingness to challenge convention.